It appears that several vehicle burglaries that occurred
during the last 6 days are related. Three (3) took
place at Hawkins`s Funeral Home (2202 East
Business 83) and the other at Palm Aire
Motel (415 S. International.
In 3 of 4 cares, the vehicles` windows were broken.
The fourth vehicle was left unlocked. These
burglaries occurred on April 29 and
May 4, between 7pmand 10:30pm.
In most instances, ladies` purses
were stolen 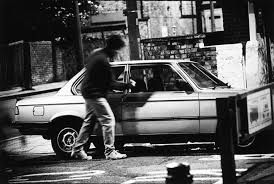 If you have any idea who is breaking into
cars in this area of Weslaco, give
Weslaco Crime Stoppers a
call at (956) 968-8477
or leave a tip on the
Crime Stoppers website.
Both venues insure your anonymity.
If your information leads to an
arrest, you become eligible for a cash reward

A house under construction in the 1600 block of South Border Avenue was the recent target of thieves. One, or more, copper wire predators went into the house under construction, stripping it of the electrical wire that had been installed.
This crime occurred between Wednesday, May 4, 5:30pm and Thursday, May 5, 7:30am, likely under the cover of darkness. The loss of the wiring is $1, 875. It probably took the thieves a good chunk of time to roll up all that wire.
If you, as an honest, law-abiding citizen (or even as a shady, half-crooked blight on the community), have an idea who took all this copper wire, you are urged to call Weslaco Crime Stoppers at 956-968-8477. If your tip leads to the arrest of one (1) of these thieves, your can earn a sizeable reward (in cold cash). To get the reward, you must be anonymous. P.S.: You may leave a tip on this website.

Tesoro Scrap Metals (aka Weslaco Scrap Metals, 512 N. Midway
Road, has been hit by thieves and vandals over the past
week. One or more thieves have broken padlocks and
have cut the perimeter fence to gain access to
the property.
Once on the premises these predators have taken brass,
aluminum, and other metals they can sell to others.
They even damaged expensive  equipment
at the work site.
If you have any information about these thieves, call
Weslaco Crime Stoppers at (956) 968-8477, or
leave a tip on this website.
If your information results in an arrest, you become
eligible for a cash reward. Callers remain anonymous.

The Weslaco Police Department is asking for the public’s assistance
in identifying and locating a burglary suspect. One burglary occurred at
Arturo`s Bar & Grill, 2303 W. Expressway, on April 13, about 1:45am.
The suspect broke the glass front door, ran inside, and grabbed the cash register tray, which had no money. He ran outside as quickly as he had entered.
A second burglary, this an attempt, was committed at Khan`s Grill,
right next door. The suspect tried to pry open the back door with a crowbar.He did not succeed.
The male individual is seen in the videos, wearing a dark t-shirt with baggy light-colored shorts and white socks. The suspect is also seen driving a dark colored four door passenger car.
If you have any information about these crimes, you can call the
Weslaco Police Department Criminal Investigations Division (CID)
at 956-968-8591. If you want to remain anonymous and possibly qualify
for a cash reward, you can call the Weslaco Crime Stoppers at
956-968-8477(TIPS) or leave an anonymous web tip on this site.

Best Little Warehouse storage units, 706 N. Airport Drive,
were broken into on the night of Thursday,
April 21, about 3am.
In all, 13 units were forced open
and entered. Items taken were TV sets,
DVD players,household goods, etc.
Police are looking for a black car, possibly a
Malibu or or Impala.
If you have any idea who this burglar is or
who the black Chevrolet car belongs
to, call Weslaco Crime Stoppers at
(956) 968-8477, or leave a tip
on this website.
If your tip leads to an arrest, you become
eligible for a cash reward. You will remain anonymous.

A car parked at Rita`s Dance Studio (208 S. Border) was
burglarized on Monday, April 18.  This occurred
between 5:30and 6pm.
Someone entered the unlocked Ford Fusion and helped himself
to a purse, wallet and personal documents.
Also taken was an Apple IPhone 6 (white & gold).If yu happened to see any suspicious characters in the
vicinity of Border & Third St., on Monday,
call Weslaco Crime Stoppers at (956) 968-8477.
If your tip leads to an arrest, you become
eligible for a cash reward. All callers
remain anonymous.

Burglars visited Rio Valley Estates (715 N. Westgate) the night
of April 14, breaking into several sheds. Some
structures were forced open while others
had been left unlocked.
Items taken from the sheds were 1) a "Pacific Hydro" pressure
washer, 2) a Black & Decker leaf blower (red), 3) an Emerson
32" TV set, and  4) an AT&T cordless phone.

If you have any information abort these burglaries,
call Weslaco Crime Stoppers at (956) 968-8477.
If your tip leads to an arrest, you will be
eligible for a cash reward.
All callers remain anonymous.

Two cars were burglarized at a home in southwest
Weslaco, on  El Jardin Dr. The burglaries occurred during
nighttime, on April 12-13, 2016.
Both the Mercedes-Benz and Cadillac were left unlocked.
Taken in the burglaries were two pairs of sunglasses and
a Ruger handgun, (380 caliber)  in a nylon holster.
If you have any information about these burglaries, call
Weslaco Crime Stoppers at (956) 968-8477, or
leave your tip on this website. If your tip
leads to an arrest, you are eligible for a cash reward.
You will remain anonymous.

Weslaco police are seeking  information on a home burglary that occurred at a residence in the 1000 block of S. Indiana Avenue. Sometime, before Saturday, April 2, 7:25pm, broke a rear window and entered the
house. |
Taken were a firearm and jewelry. The firearm was a Sig Sauer .40 caliber
pistol. The jewelry taken was a pair of diamond earrings and 3 diamond rings.
If you have any information about this burglary, call Weslaco Crime Stoppers at (956) 968-8477, or leave your tip on this website. An arrest  makes you eligible for a cash reward. You remain anonymous.

On Monday, Match 28, someone broke the window of a Nissan Murano and stole a purse from inside. It happened between 5:15pm and 6:05pm. The vehicle burglary occurred at Rita`s Dance Studio,
located at Border and 3rd Street.
Taken was a Dooney & Bourke purse and wallet, maroon in color. Items taken were a Social Security card, prescription sunglasses, and credit cards.
If you saw anything suspicious in that area on Monday that might be related to the burglary, call Weslaco Crime Stoppers at (956) 968-8477. You are kept anonymous. An arrest makes you eligible for a cash reward.
Weslaco Crime Stoppers
Anderson Software © 2020 All Rights Reserved